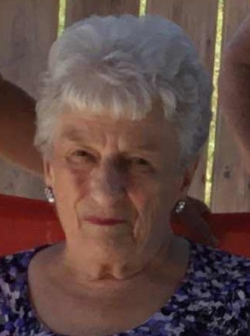 Shirley Ilene Morrisey – 84, Hilden, passed away peacefully on Sunday morning, January 1, 2023, at Colchester East Hants Health Centre, Truro. Born in Hilden, she was a daughter of the late George and Ella (Davidson) MacCallum.

In earlier years, Shirley worked in the meat department at Snooks. She was a talented seamstress and also worked for Costandi Designs and Hinspergers. Family meant everything to Shirley and she enjoyed cottage life at Brule, spending time at the travel trailer at Dana’s cottage on weekends and her beloved dog, Zoe. Recently, she acquired a love of keeping in touch via Facebook and looking for a deal on Marketplace!

If so desired, donations in Shirley’s memory to Heart and Stroke Foundation are welcomed.

Arrangements have been entrusted to Mattatall – Varner Funeral Home, 55 Young Street, Truro. Private messages of condolence may be sent to the family by viewing Shirley’s obituary on-line and selecting "Send A Condolence" at: www.mattatallvarnerfh.com