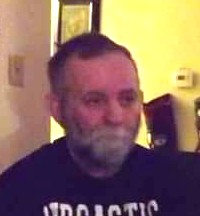 Aiden Francis O'Driscoll – 64, of Truro passed away on Sunday, December 25, 2022 at the Halifax Infirmary, QEII Health Sciences Centre. He was born in Tors Cove, Newfoundland to Loyola and Genevieve (White) O’Driscoll.

Aiden served 20 years in the Navy before retiring. After his retirement, he worked as a superintendent for a few years before joining the commissionaires where he worked at various sites in Nova Scotia. Aiden liked camping, fishing and reading as well as going out dancing. He will be missed by many family and friends. The family wishes to extend special thanks to the doctors and nurses who looked after him while he was in the Halifax Infirmary.

A Celebration of Aiden’s life will be held at a later date in Tors Cove, Newfoundland. If so desired, donations to any charity of choice are welcomed. Arrangements have been entrusted to Mattatall-Varner Funeral Home, 55 Young Street, Truro. Private messages of condolences may be sent to the family by viewing Aiden’s obituary on-line and selecting "Send A Condolence" at: www.mattatallvarnerfh.com