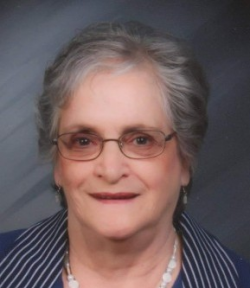 Diana Sharon Fielding – 79, Truro, passed away on Friday, January 6, 2023 at Colchester East Hants Health Centre, Truro. Born in Truro, she was a daughter of the late Walter and Edith (Atkinson) Stiles.

Diana delighted in spending time with her family and was very supportive of their endeavours. She was an enthusiastic sports fan and enjoyed watching hockey, especially Toronto Maple Leafs, baseball, curling and tennis. She was very adept at recalling stats. Diana’s creative talents were numerous; many people were the recipients of her lovely crocheted angels, and recently, she thoughtfully made afghans for at least fifteen family members. She had a passion for her flower gardens.

Along with her parents, she was predeceased by her husband, Cecil Fielding; daughter, Jennifer; siblings, Hollis, Arthur, Geraldine.

The family would like to thank VON Home Care Team for their support over the last year and a half.

Arrangements have been entrusted to Mattatall – Varner Funeral Home, 55 Young Street, Truro, where Diana’s family will receive friends from 5-8 p.m., Friday, January 13, 2023. If so desired, donations in Diana’s memory to IWK Health Centre Foundation are welcomed. Private messages of condolence may be sent to the family by viewing Diana’s obituary on-line and selecting "Send A Condolence" at: www.mattatallvarnerfh.com