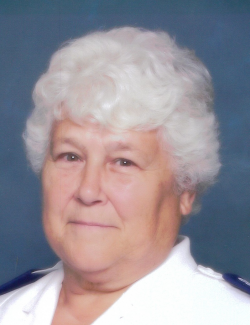 Jeanette Mae (Varner) Webb – 81, Bible Hill, passed away peacefully on Thursday evening, January 5, 2023, at her home. Born on the family farm at Tidal Bore Park in Lower Truro, she was a daughter of the late Everett and Marion (Langille) Varner.

Jeanette was a dedicated member of The Salvation Army, Truro Corps, for many years, and volunteered her time with the Christmas kettles and other opportunities. She was an Associate Member of Royal Canadian Legion, Branch 26, Truro, and also enjoyed playing on various darts and bowling leagues.

Special thanks are extended to family, friends and neighbours for their care and concern during Jeanette’s illness.

Arrangements have been entrusted to Mattatall – Varner Funeral Home, 55 Young Street, Truro. Private messages of condolence may be sent to the family by viewing Jeanette’s obituary on-line and selecting "Send A Condolence" at: www.mattatallvarnerfh.com