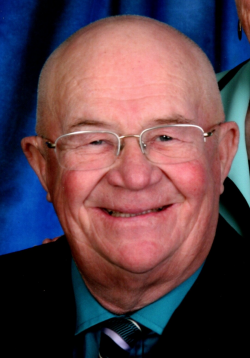 Gary Seward Newton – 80, Economy, passed away on the morning of Thursday, January 5, 2023, at his home in Economy. Gary will be lovingly remembered by his wife of 52 years, Colleen (Garrison) Newton; his son, Geoffrey (Sarah) Newton and grandchildren, Alexander, Abigail, Brett and Zachary; daughter, Elizabeth (Tina Gallant) Newton and grandchildren, Connor and Henry. Gary leaves behind several nieces, nephews and cousins who he loved and who loved him. Gary was predeceased by his parents, Churchill and Lila (Spence) Newton and siblings, Violet Perkins, Denzil Newton and Arthur Newton.

Gary was raised in Economy and though he lived in different communities and provinces over the years, he was always drawn back to his beloved Economy where he and Colleen lived and raised their family. After years of living in Truro and Dartmouth, Gary and Colleen spent their summers and final years of his life in Economy.

Gary met his wife in Halifax when he was in the hospital for a broken wrist and Colleen was working as a nurse; they married only eight months later.

Gary earned his Bachelor of Arts from St. Mary’s University and was proud that both of his children followed in his footsteps earning their first degrees at SMU.

Gary enjoyed spending time in the woods, particularly at Economy Point. He loved to sing and was an active member of the United Church choir in Economy. Gary enjoyed spending time with his family playing cards, and tending to his large "organic" garden, though he confessed he did not know he was being trendy - that’s just how he grew his garden. Gary had a boisterous and infectious laugh and loved to tell stories from the old days.

The family requests that in lieu of flowers, you may donate to Diabetes Canada or a charity of your choice.

Arrangements have been entrusted to Mattatall – Varner Funeral Home, 55 Young Street, Truro. Private messages of condolence may be sent to the family by viewing Gary’s obituary on-line and selecting "Send A Condolence" at: www.mattatallvarnerfh.com