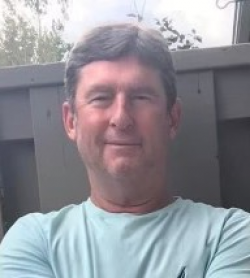 Michael Ray "Mike" MacDonald – 63, Bible Hill. It is with great sadness the family of Michael Ray "Mike" MacDonald announces his passing on Thursday, January 5, 2023. Mike, admitted to Colchester East Hants Health Centre at the time, succumbed to cancer after being diagnosed in March of 2021 and dealing – to no one’s surprise - courageously with the disease. In a sad irony, his beloved wife Paula (MacKenzie), also lost a battle to the disease only a year and a half earlier; Paula was 58 when she passed away in May of 2021.

Born in Digby, Mike was the son of Ray and Carole (Patterson) MacDonald of Bible Hill. Mike’s family moved to Bible Hill when he was only two years of age, and the community and family would quickly grow to become synonymous with one another. With great pride and affection, Mike would often refer to himself and the friends he grew up with as the ‘Bible Hill boys’ and the friendships and connection to his home certainly maintained the test of time. He remained a resident of Bible Hill throughout his life.

While still a teenager, Mike started working as an agent for the insurance business started by his father, Ray. Originally located at the corner of Queen and Elm streets in Truro, Ray MacDonald’s Insurance moved to College Road in Bible Hill just in behind the former Cavanaugh’s Food Market and more recently, Colchester Co-op Country Store building, where it remains today.

When he wasn’t working or spending time with Paula, Mike could be found playing sports with his two main passions being hockey and fast pitch/softball. On the ice, he’ll best be remembered as a feisty forward with Bible Hill Dairymen of the old Truro and District Hockey League and the playoff battles against teams such as Onslow Olands, Brookfield Elks, A & W, Brett Motors/Miller’s Excavators, and Shubenacadie Eagles. A couple of the latter filled the Colchester Legion Stadium and Don Henderson Memorial Sportsplex in the mid-1980s and are remembered fondly by the many who attended.

On the ballfield, mostly at Stanfield’s under the lights, Mike starred for a team sponsored by the family business – MacDonald’s Insurance – first in Truro Commercial League and then in the highly regarded Colchester Major Softball Association (CMSA). Bringing the same aggressive attitude he displayed in hockey to the ballfield, Mike was known for his quickness on the basepaths and overall hustle while patrolling second base for a couple of league championships, which he shared with a few other ‘Bible Hill boys’ including brother, Scott – a talented outfielder – and lifelong friends, Chuck Weatherby and Martin Cameron. A good hitter as well, Mike started or continued many rallies for the perennial CMSA contenders. He remained a constant at the ballfield throughout his life which included as a coach with a Truro Business Ladies Softball power, also sponsored by MacDonald’s Insurance, where his wife Paula played a prominent role as centrefielder and lead-off hitter.

Mike also played minor football growing up and was known as a guy you wanted in your foursome playing golf since his good nature ribbing always included a few directed at himself, and he was the first guy to celebrate a playing partner’s good shot with a jovial fist-bump. Annual P.E.I. golf trips, with brothers-in-law, John Terry, Richard MacKenzie, Sandy MacKenzie, Chris Crowell, and buddies, Martin Cameron and Kenny Atkinson, were a staple of the last number of years as well as golf weekends, on the ‘Island’ or in Cape Breton, with a few of the ‘Boys’ - appropriately titled ‘Hill Boys Grip n’ rip Open’ with John, Martin, Steve and Greg Patton, Kevin Boyce, Rob MacEachern, and Jamie Cottingham.

With Paula, Mike loved to spend time at the beach, the family cottage at Brule being their main base, and had enjoyed trips to Florida in more recent years. Also, walking alongside or behind Paula with their dogs - Seven and Pearl. While at Brule, Mike was known as a good horseshoe-tossing partner as well.

And, of course, for anyone who knew Mike, you learned this quickly and were reminded of it often – he knew everybody, and everybody knew him. No matter whether in his beloved Bible Hill, somewhere else in the Maritimes, or even beyond, the odds of Mike running into someone he knew from the insurance business, sports or some other walk-of-life weren’t just good – they were great, almost inevitable.

Mike’s children were a light in his life alongside Paula. He took pride in watching his own son follow in his footsteps playing ball and hockey and sharing in the passion. Mike made a huge change in his life 22 years ago - getting sober and staying sober. A decision he made for himself and for the love of his family. His daughter, Danielle was a strength at his side to help him through these trying months since Paula’s passing. To say he was a very proud father would be an understatement.

Along with his wife, he was predeceased by his maternal grandparents, Ernie and Marcella Patterson; father-in-law, Ron MacKenzie; sister-in-law, Lori Anne.

Special thanks to oncologist, Dr. Melvin, and her team at the VG Site, QEII, Palliative Care Team and Dr. Don Rowe at Colchester East Hants Health Centre and VON Home Care Team for their support.

He will be dearly missed by all and solace is being taken in that his death does reunite him with his greatest love – Paula.