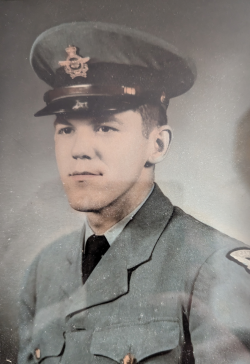 Rene Pierre Charland passed away on Thursday, December 22, 2022 at Colchester East Hants Health Centre, at 81 years of age. He was the son of the late Lucille and Leonard Charland of Huntingdon.

Rene is survived by his wife, Constance Ann; children, Marcel and Michele; and grandchildren, Jessie-Lee, Jasmine, and Logan.

Rene was a Radar Tech in the Canadian Air Force and will be remembered for a distinguished military career finishing as a SWO in CFS Sydney. A memorial will be placed at the National Military Cemetery.

If so desired, donations made to a charity of choice are welcomed. Arrangements have been entrusted to Mattatall – Varner Funeral Home, 55 Young Street, Truro. Private messages of condolence may be sent to the family by viewing Rene’s obituary on-line and selecting "Send A Condolence" at: www.mattatallvarnerfh.com