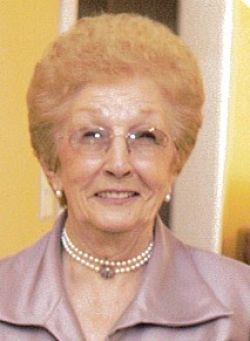 Vivian was a member of the former Calvary Pentecostal Church. She worked at Stanfield’s as a seamstress and then became the Owner/Operator of the canteen at Maritime Cattle Market. She loved old time dancing, especially polka and waltz, but her greatest love was all of her family. She was the matriarch of our family and we will miss her dearly.

Arrangements have been entrusted to Mattatall – Varner Funeral Home, 55 Young Street, Truro, where Vivian’s family will receive friends from 6-8 p.m., Tuesday, January 17, 2023, and funeral service 2 p.m., Wednesday, January 18, 2023. Reception will follow. Spring interment in Crossroads Cemetery, 110 Salmon River Road, Valley. If so desired, donations in Vivian’s memory to Colchester SPCA or Colchester Food Bank are welcomed. Private messages of condolence may be sent to the family by viewing Vivian’s obituary on-line and selecting "Send A Condolence" at: www.mattatallvarnerfh.com